Jeff Mauland, CEO of North Star Mutual, in Cottonwood, has announced plans to retire in March 2021. 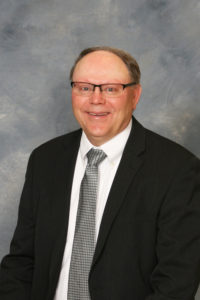 After working at North Star Mutual Insurance Company for 42 years, 20 years as President and CEO, Jeff Mauland has announced he will be retiring March 2nd, 2021.

“During my time at North Star I have been witness to a lot of ups and downs, and have been blessed to work with great people during that time,” said Mauland. “Many of those people have moved on, retired, and made way for a new generation to experience this great industry and company family. It is with mixed emotions to announce that I too will follow this path and plan to retire as CEO of North Star in March. I am looking forward to retirement, but will certainly miss all the people I have worked with over the years.”

A graduate of Southwest State University in Marshall, MN, Jeff began a job as an Inspector/Field Underwriter for the North Star in February of 1979. He later moved into the home office as an Underwriter, working with the Personal Lines, Farm, and Commercial Underwriting Departments. In 1987, Jeff became Assistant Underwriting Manager for the company and in 1990 was named Operations Coordinator. He was elevated to Vice President of Administrative Services in 1992. In 1996, Jeff was named Sr. Vice President and shortly after, he was also named Secretary of the company. In 1999, Jeff was elected to the North Star Board of Directors and became Executive Vice President of the company. He was elevated to the position of President in 2001.

During Mauland’s time as President, the company has been blessed with tremendous growth and financial success. The company made major advances in technology and automation as it moved from manual processes to automated systems. North Star also expanded into Iowa, Wisconsin, and Kansas and completed a major building addition in 2015, nearly doubling the size of the home office.

“North Star has been my home for so long, and I am very proud of the company it is today. When I first started, we had 93,000 policies, $12.6 million in Written Premium and $7.7 million in Policyholder Reserves. Today, we have over 345,000 policies, approximately $475 million in Written Premium and $640 million in Policyholder Reserves,” said Mauland, reflecting on the growth over the years. “This will be a smooth transition. We have great people, the company is in excellent shape financially, and looking ahead, we are in great position for continued growth and success. We will continue to work hard to meet the ever-changing needs of our policyholders, agents and industry through new technology and new offerings. One thing that will not change is our commitment to personable service and relationships. This has been key to our success over the past century and will be moving forward.” Pete Hellie was named President of the company last May and will succeed Mauland as CEO upon Jeff’s retirement.

Mauland served as a Director for NAMICO from 2004–2010 and served as MAFMIC Chairman in 2013. He has also served as Chairman of the Insurance Federation of Minnesota and has served on the Board of Directors of the American Association of Insurance Services (AAIS). He holds an AU (Associate in Underwriting) and CPCU (Chartered Property Casualty Underwriter) designation. Jeff is also very involved with his community and has participated in a number of organizations over the years, including Lions Club, church committees, and the newly established Cottonwood Area Community Foundation.

We congratulate Jeff on his successful career and offer our best wishes as he starts this new chapter. He will continue to serve on the North Star Mutual Board of Directors after his retirement as CEO.

Your browser is out-of-date!

Update your browser to view this website correctly. Update my browser now